The band members consist of Aimi (as Kasumi Toyama), Sae Otsuka (as Tae Hanazono), Rimi Nishimoto (as Rimi Ushigome), Ayaka Ohashi (as Saya Yamabuki), and Ayasa Ito (as Arisa Ichigaya). Not only does the band appear in the anime and comics, but the voice cast themselves energetically focus on various live performances as "Poppin'Party" as well! The group is also globally known due to their frequent appearances at oversea events and conventions like Anime Expo and CharaExpo USA in North America! 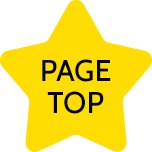